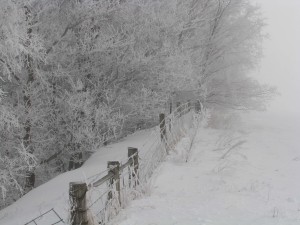 A new year has arrived and despite the cold and blustery weather here in Iowa it felt warm and cozy inside our little house on the prairie.  The inclement weather did not stop time, but it did force us to make some adjustments to our plans.  I had loads of paperwork to do and holiday functions to attend, but when the weather made a turn for the worst and my dad asked me to help with the pigs I had to drop everything.  It was foggy and cold.  The pigs needed bedding and we had to check to make sure the waters were working properly and had not frozen over.   The fog lasted for days and had enveloped everything in sight with a fantastic surreal white frost known as a hoar frost.

I grabbed my camera and snapped a few shots while working with the pigs.  Farmers have to be flexible because nature is unpredictable.  It may seem inconvenient to have our lives interrupted by a force of nature but I welcome the interruption.  It reminds me that I am part of it. I pulled on my coveralls, scrounged for some warm work gloves and boots and headed out the door.  My job is pretty simple. I just have to watch the gate to make sure the pigs don’t get out   Our dog, Nigel, loves to help.  He is a Pembroke Welsh Corgi and naturally a herding dog.  He is never happier than when he is working.  The pigs don’t mind him at all. They seem to understand.  My dad, Paul Willis, is so skilled at running the skid loader after many years that its movements look like their following my father’s instructions.  He uses the bucket and clamp to grab a hold of a big round bale of corn stalks and the pigs run wildly this-way-and-that in playful anticipation of the new bedding. 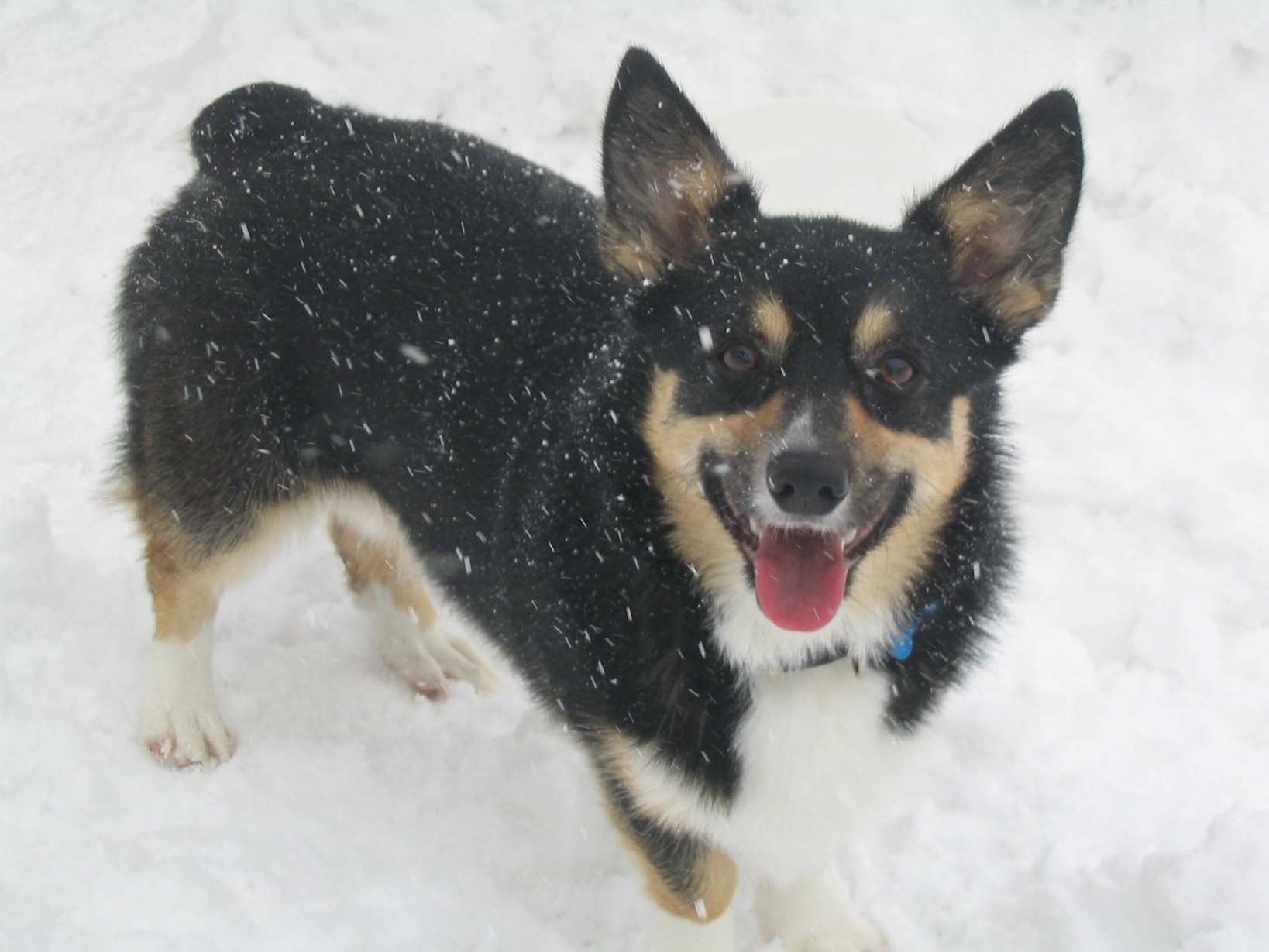 Once finished we head to the house, hungry and thirsty for something to warm us up from the inside. My mother is waiting for us with my daughter, Sophia. They love to bake pies – any kind really; it just depends on what is in season. During the winter my mother usually makes apple pies.  She makes her crust from scratch which is almost a lost talent.  She received the crust recipe from an elderly woman in Thornton who is known for her excellence in baking.  This old fashioned recipe is famous for creating a fabulously flakey pie crust and the secret ingredient is lard.  If you find yourself battling the cold and are looking for something guaranteed to warm you up I suggest a little apple pie and coffee.

Here is the recipe:

1 1/2 cups  all purpose organic flour
1/2 cup all natural lard
1 pinch salt
6 tbs ice-water
1 tiny splash of vodka
Knife or cut lard into flour (do not overwork) Roll out on floured board  drop into pie dish and fill with your favorite pie filling.

In a large mixing bowl stir everything together excluding the butter.  pour into the pie crust  squeeze a bit of fresh lemon juice all over  place 5 pats of butter evenly around the top  fold pie crust over the top   Bake for 40 minutes at 400 degrees.   Remove from oven, let cool
and enjoy. 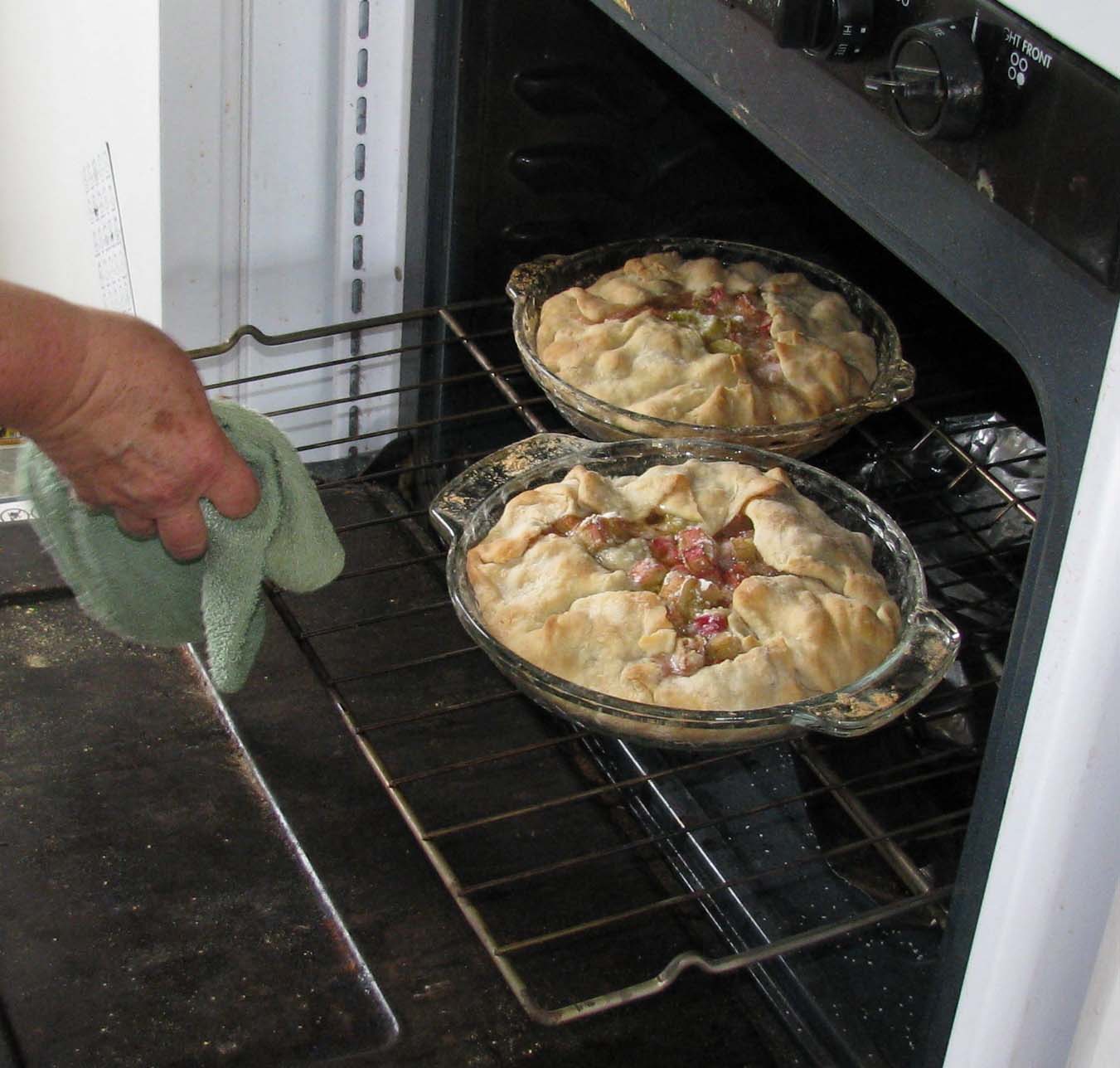