What is old is new again

With the beginning of the New Year I like to reflect on the past.  Recently, I joined my mother and her group of friends who meet for coffee every Thursday morning.  These women have known each other for decades.  My mother remembers some of them from her childhood when the Danish Brotherhood, a national organization of Danes in America, would gather.

At ‘Coffee’ we discuss everything from the books we’re reading to exchanging recipes.  The day I joined, we talked about what everyone made for dinner for the holidays.  My mother and her friend Judy had each made a goose for Christmas Dinner that my father and his friend Daryl picked up from a local farmer.  It had been years since my mother had cooked a goose.  The consensus was that although goose typically has great flavor it was tough in texture.  Talking goose reminded my mother that my grandfather had preferred goose fat on his bread rather than butter.  The “grease” that drained to the bottom of the pan was almost always preserved.

This conversation reminded me how much things had changed in people’s attitudes toward using grease in cooking over the years. Everyone seemed to remember their mother’s grease can on the stove where the bacon grease was drained for use later. When my mother was growing up, bacon grease was seen as multi-purpose cooking oil often used in place of lard in baking.  She doesn’t remember anyone using “cooking oil”- the type that you buy at the store- until after she graduated from high school in 1961.

It’s comforting for me to picture my grandmother in the kitchen cooking with bacon grease and frying up some leftover potatoes.  My grandmother and great grandmother were cooking with what was available before we had so many choices.  They wouldn’t have thought to throw away the bacon grease. Maybe this was a good thing. There is evidence now that many of the manufactured ingredients found in processed foods are contributing to health problems so many Americans are facing today.

As we move into the New Year and make resolutions to eat healthier it’s important to keep in mind the lessons of our past. Healthy doesn’t necessarily mean “no fat’ or “low fat” but rather, as Michael Pollan stated in Food Rules: “Don’t eat anything your grandmother wouldn’t recognize as food”.  This year I am going to try some of my grandmother’s recipes and cooking with a bit of bacon grease. The Southernplate.com is a great site for recipes that utilize bacon grease if you would like to try this yourself. 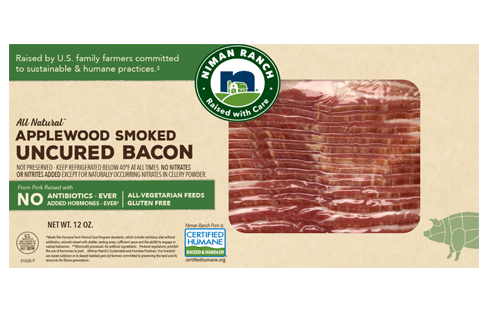