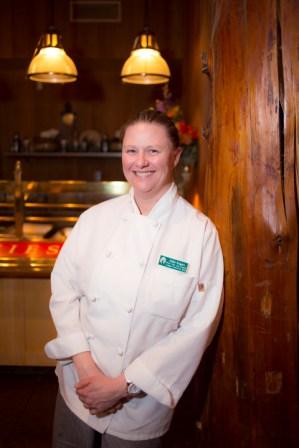 Chefs Jodie Rogers and Clark Norris joined us from Deer Valley Resorts to cook for our hog farmers at the 15th Annual Hog Farmer Appreciation Dinner in Des Moines, Iowa. Meet them:

Jodie Rogers serves as the executive chef of Snow Park and Empire Canyon Lodges.  Rogers’ job as executive chef entails operations of all Snow Park and Empire Canyon Lodges restaurants and food events, including banquets; breakfast and lunch cuisine at the day lodges; cuisine for the child care and ski school programs; après-ski appetizers in the Snow Park Lounge and the evening Seafood Buffet.  In addition, she oversees all food and beverage operations at the Empire Canyon Grill including Fireside Dinning which is offered every Wednesday, Thursday and Friday evenings.  Rogers’ also spends her summers overseeing all banquets at the Resort.

Rogers, a native of Australia, has spent five winters as an employee of Deer Valley serving as the manager of the employee dining program as well as an assistant sous chef and then sous chef at Snow Park Lodge.  She was promoted to Snow Park Executive Chef in December 2000 and the Empire Canyon Lodge was added to her responsibilities in 2002.

Rogers boasts a 18-year cooking career that includes stints in several hotels in Sydney, Australia and working as head chef at Australia’s Charlotte Pass Resort.  In both 1994 and 1998 she was part of the cooking teams that took the Australian Salon Culinare, Restaurant of Champions gold medal. She successfully opened London, England’s 80-seat Toast Bar and Restaurant in 1999. 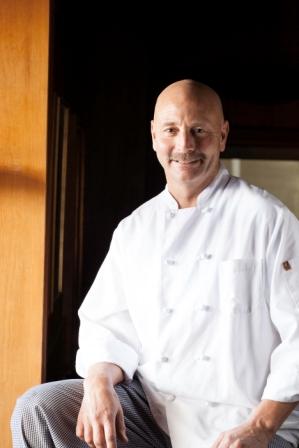 Norris joined Deer Valley Resort’s internationally recognized food and beverage team in 1985 as a line cook and rose to become executive chef in 1988. In 1990, he was the first Utah chef invited to the prestigious James Beard Foundation in New York City to showcase his cuisine. He has since returned to the James Beard House and was the inaugural recipient of Salt Lake Magazine’s annual Best Chef Award in 2006.

Clark loves raising his children with his wife Kristina at their mountain home near Park City. He is an avid trail runner, mountain biker, skier, golfer and fly fisherman. 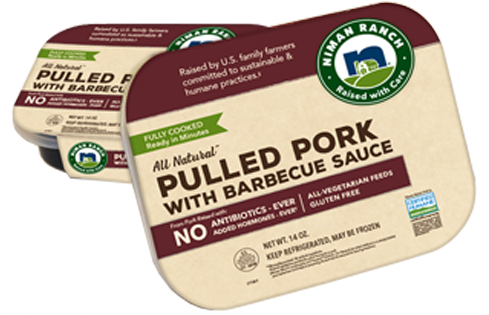