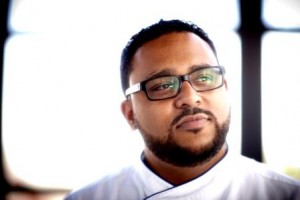 That’s the mantra that celebrated Chef Kevin Sbraga reminds himself of daily to keep his focus on why he works in the competitive culinary world and what he wants to achieve.

“I’ve always made goals for myself,” says the chef, winner of Bravo TV’s “Top Chef: Season 7” and owner of modern American Sbraga in Philadelphia. “I put myself in positions that have room to grow. I’m not one to sit around and wait, so I make things happen on my own.”

In 2008, Sbraga—who had previously held positions in Atlanta and Philly kitchens—applied that philosophy to his consulting work with Jose Garces to test recipes for the chef-proprietor’s Latin Evolution cookbook. Sbraga impressed Garces with his dedication, which ultimately earned him a full-time role as culinary director of Garces Restaurant Group.

With Garces’ support, he also competed in the Bocuse d’Or USA culinary competition in fall 2008. He fondly remembers the competition as “one of the toughest meals I’ve ever  created,” as he impressed the judges and earned the award for Best Meat Presentation. His philosophy to create new opportunities worked well when, after returning from Bocuse d’Or, he found himself looking for his next culinary challenge. After exploring several leads, he was hand selected by Stephen Starr for the position of executive chef at Rat’s Restaurant at the Grounds for Sculpture, an arboretum in Hamilton, NJ.

In 2010, Sbraga relished the opportunity to join the season seven cast of the popular TV show “Top Chef”—utilizing competition knowledge from Bocuse d’Or to secure himself a spot in the finale. In between the taping of the regular season and the final episode, Sbraga experienced a moment of clarity. “I realized I needed to do my own thing,” he says. “Even though I hadn’t won yet, I felt like I’d won already because I had the found the confidence I needed to open my own restaurant.”

Sbraga went on to win “Top Chef: Season 7,” and by October 2011, he had opened the doors to his eponymous restaurant. With menus that focus on pairing the most flavorful ingredients available with the perfect beverages, Sbraga restaurant delights its guests with an ever-changing array of taste experiences. “I learned on ‘Top Chef’ that you can’t always play by the rules, and no matter what, you’ve got to cook from the heart and cook what’s good,” he says. “That’s what I’m doing now at Sbraga and what I hope to accomplish with any other concepts I open in the future.”

The Johnson & Wales University, Miami, graduate lives in his hometown of Willingboro, NJ, 20 minutes outside of Philadelphia with his wife, Jesmary, the restaurant’s pastry chef, and their two children, Jenae, 7, and Angelo, 2. A travel enthusiast, Sbraga hits the open road on his motorcycle in his spare time.

We thank Chef Sbraga for his commitment to sustainably raised meat and for traveling to Des Moines to cook for our farmers. 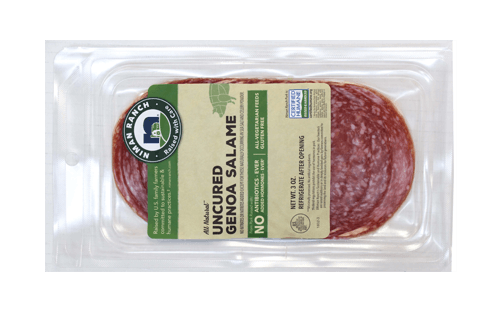