“Uncompromising quality and a genuine connection to the farms — that’s why I choose Niman Ranch Pork.” 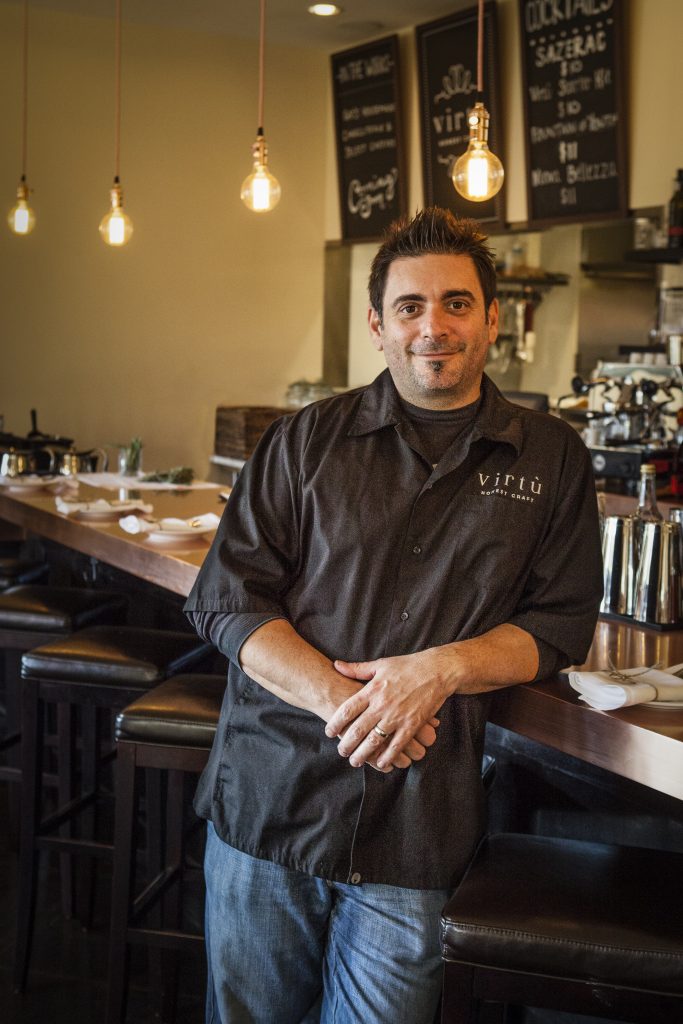 Chef Gio Osso is one of Scottsdale’s top chefs, having overseen several nationally recognized restaurants in the Valley. Originally from New Jersey, Gio spent a considerable amount of time in Italy before calling Arizona his home.

Gio just opened his second restaurant in downtown Gilbert this past spring. Nico Heirloom Kitchen, named after his son, is more casual than Virtù. The open kitchen and patio herb garden create a comfortable yet upscale atmosphere. The cuisine ranges from light fare to a 50-ounce prime tomahawk rib eye, all focusing on Italian family recipes made with local ingredients.